Who doesn’t love the classic book Green Eggs & Ham?  Even Sophie loves it.  I found a recipe for Green Egg & Ham on 100 Days of Real Food and wanted to make it for the girls.  Basically you combine eggs, milk, spinach, chopped onion, salt and pepper in the blender and then scramble them in a frying pan.  In addition to a Creamsicle Green Smoothie, it made for a perfect St. Patrick’s Day breakfast. 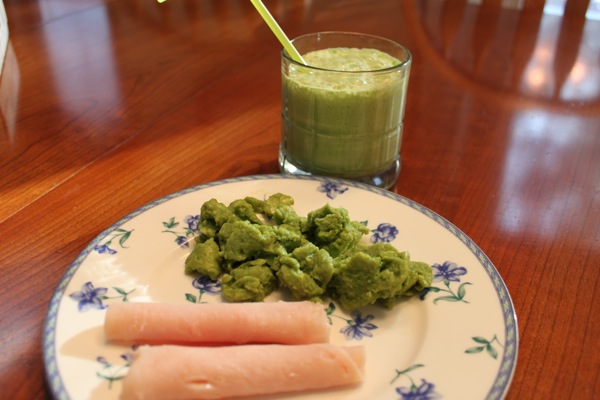 (I used natural turkey instead of ham.)

Lesson learned:  Don’t give a green smoothie to a toddler recovering from a stomach virus, even if she really wants it.  It didn’t settle well in Sophie’s tummy.

Kayla was sweet this morning.  She helped Sophie get ready for our annual St. Patrick’s Day photo. 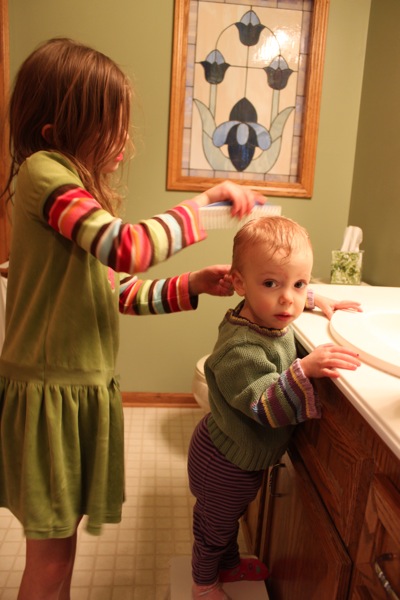 She even picked out Sophie’s outfit, dressed her, helped her brush her teeth, and combed her hair.

You’ll notice Sophie is wearing a different outfit for the photo below.  The aforementioned stomach virus was the cause of the outfit change.  Poor thing.  Hope she’s feeling better soon. 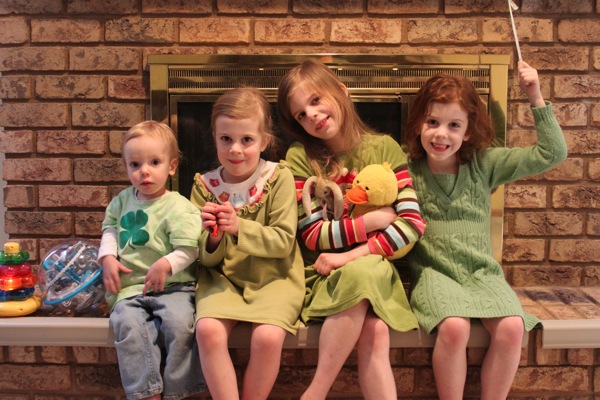 This afternoon the girls and I made chocolate covered pretzel rods.  Very easy, tasty and messy! 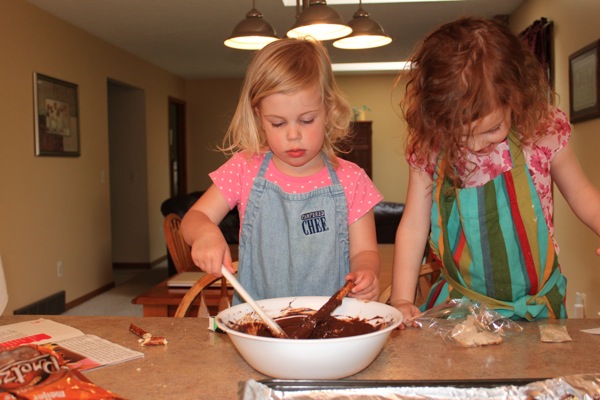 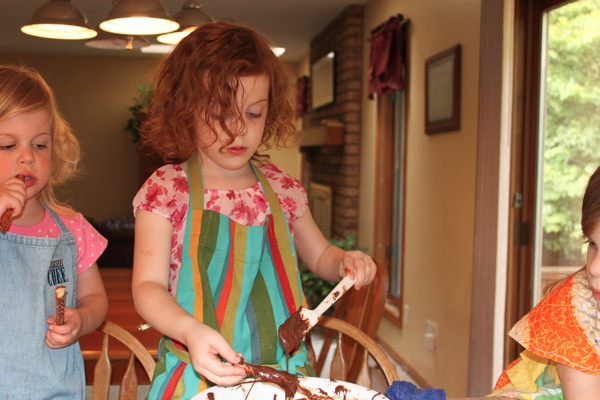 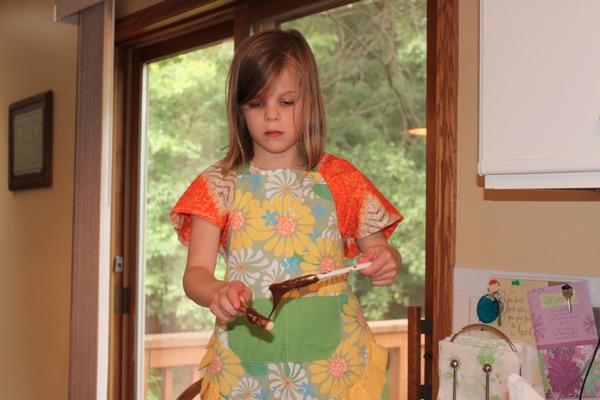 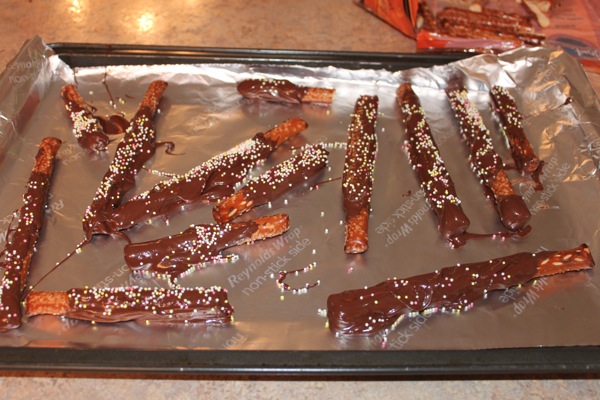 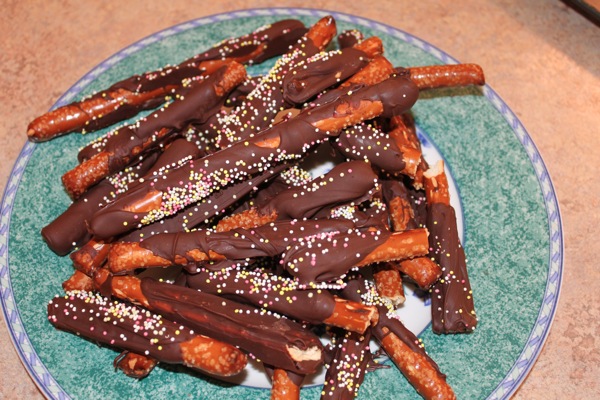 The fresh snow gave us the perfect opportunity to make a favorite treat of Mary and Laura Ingalls–molasses-on-snow candy.  Here’s how we made it:

1)  We mixed one cup molasses and one cup brown sugar in a large cast iron pot.  We then boiled it until the mixture reached the “hard crack” stage–300 degrees F. 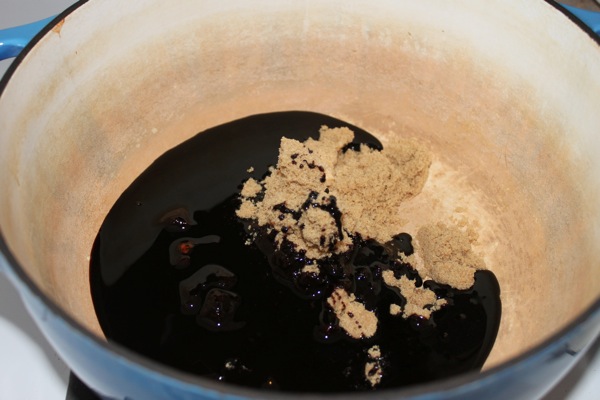 I didn’t get a picture of the mixture boiling, because my hands were full as I stirred constantly and held the thermometer.

2)  Kayla scooped fresh, clean snow in two 9 x 13 pans.  We then dribbled spoonfuls of syrup onto the snow. 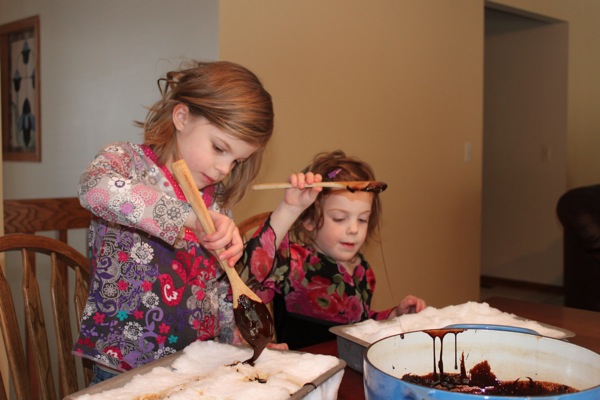 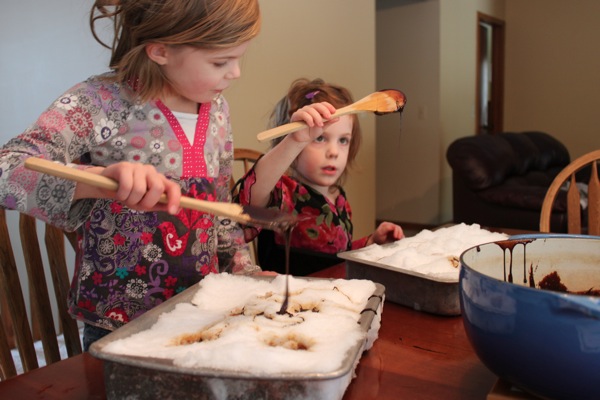 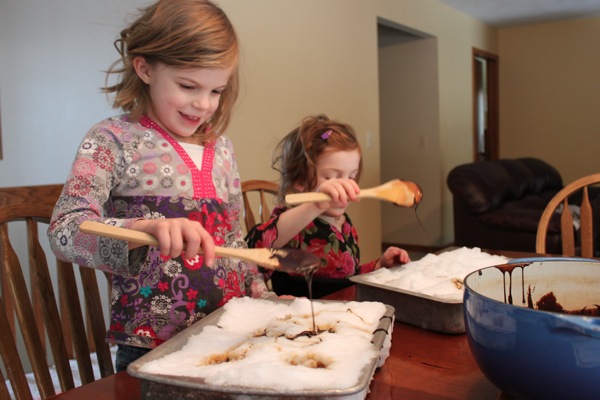 3)  Once the syrup was hard, we lifted it off the snow and set the candy on wax paper. 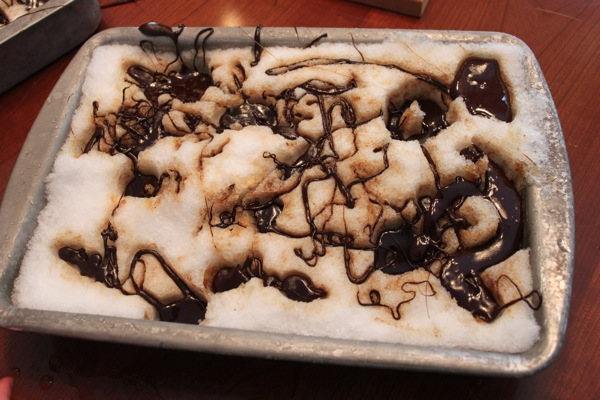 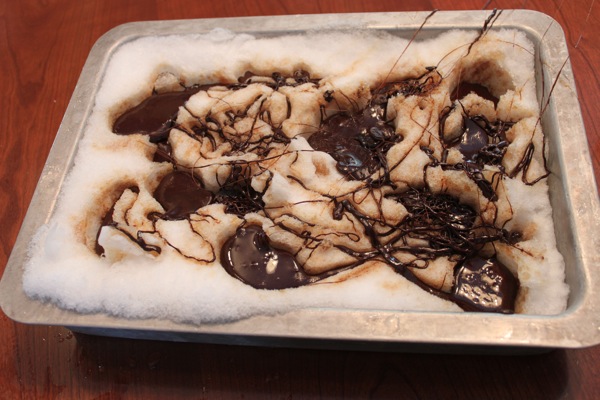 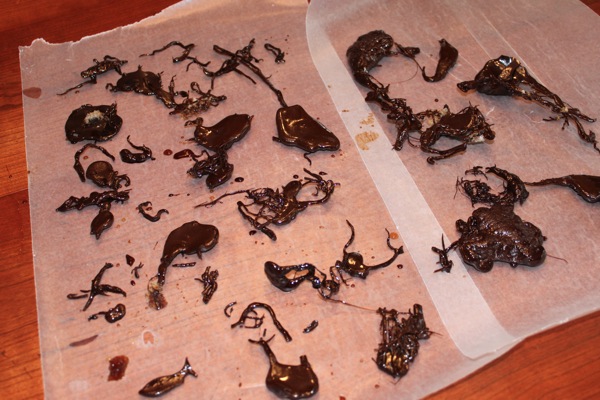 4)  Time to eaat–if you dare!  We’re not huge fans of molasses around here, and it’s also slightly possible that the molasses mixture began to burn while I was cooking it (though I never let it get above 300 degrees).  The girls sort of liked it, but I tried it and thought it was horrible.  The smell drove Aaron nuts, but overall we had fun experiencing life as Mary and Laura did. 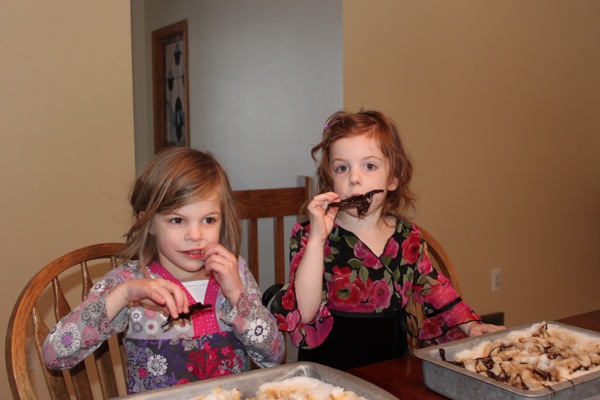 For those of you have been praying for our little sweetheart, Madeline, I am glad to report that she is doing some better.  Her daytime itching has been minimal, and her nighttime itching decreases as time goes on.  Her skin still has a long way to go in the healing process, but there has been progress.

Madeline’s doctor recently suggested taking Madeline off gluten since reactions to gluten can be a common cause of eczema.  That means her diet is currently gluten-free, casein-free, soy-free and egg-free.  The challenge for me is to provide fruits, vegetables, protein and gluten-free grains that Madeline will enjoy.  It has required some significant changes, but surprisingly, I’m already getting used to it.

Saturday Madeline and I went to the health food store to stock our pantry. 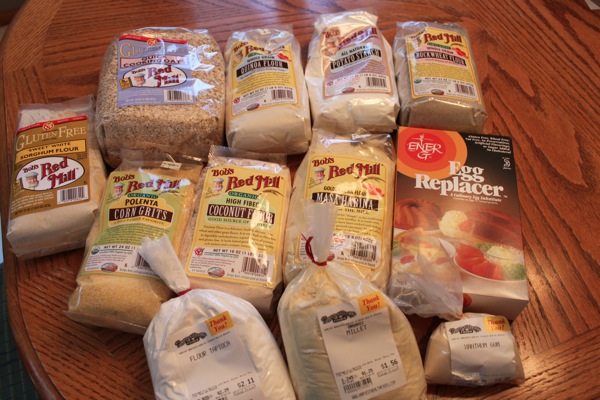 And Sunday morning I made gluten-free pumpkin pancakes, recipe compliments of glutenfreegoddess.blogspot.com. 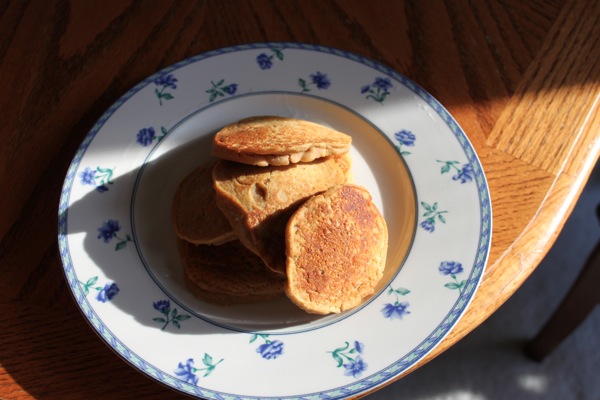 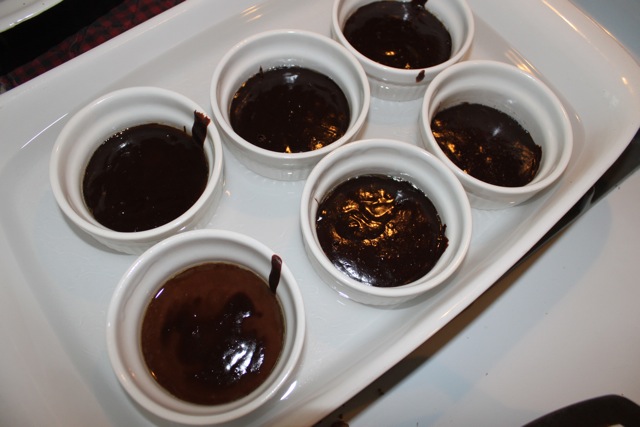