Aaron beat me to posting on our anniversary!  I was going to do the same thing, but it was a nice surprise to have him write such a sweet entry.  Here is a picture of us in Chicago last weekend: 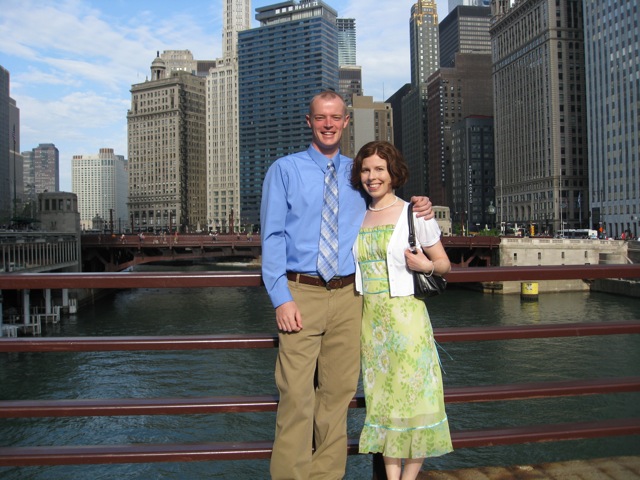 Also, for those of you who didn’t know this, you may notice that Aaron has lost a lot of weight lately!  Aaron, his mom, his aunt, and his uncle started a weight loss challenge in February to see who could lose the greatest percentage of body weight by May 15.  At the time of this picture, Aaron had lost about 25 pounds.  The completion of the challenge it tomorrow, and Aaron hopes to weigh in at least 30 pounds below his starting weight!  He has worked so hard at this; I’ve been amazed!  He looks great and feels great and is now at a very healthy weight for his size.

I’ll also post a few pictures of the girls.  It was tough to get a good one of the three girls together because the smallest model kept wanting to stand up backwards in her chair.  🙂 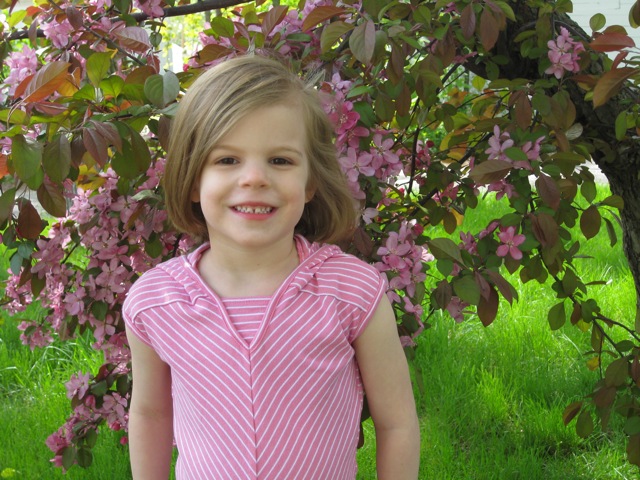 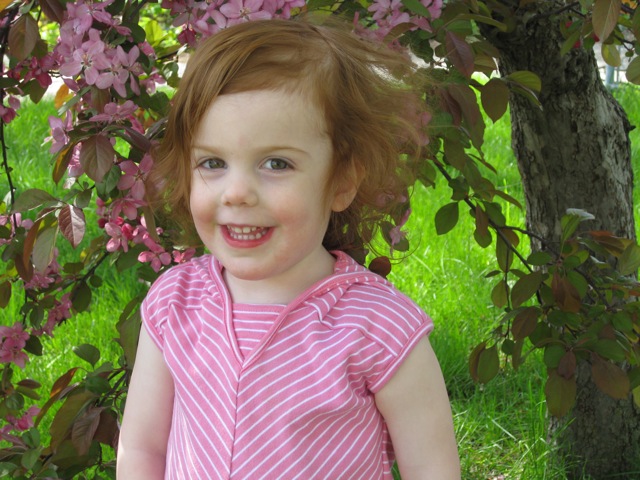