We sure had a lot of fun Tuesday night.  We took the girls trick-or-treating, but only to about 10 houses around our neighborhood.  It took Kayla a little while to get the hang of how trick-or-treating worked.  First she was all focused on getting candy for her.  At the first few houses instead of saying thank you she would say “more candy” or “have one for my sister.”  But by the fourth house, she understood that after getting one piece of candy, she should just say “thank you” and not ask for more.  Once we came home Kayla became very focused on giving candy to the trick-or-treaters that came to our door instead of keeping it for herself.  That was cool.  She even started giving away some of the candy she had collected.  Here are a couple pictures of her: 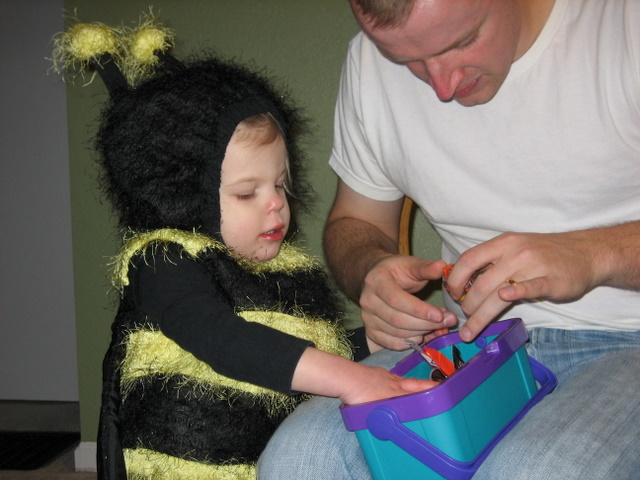 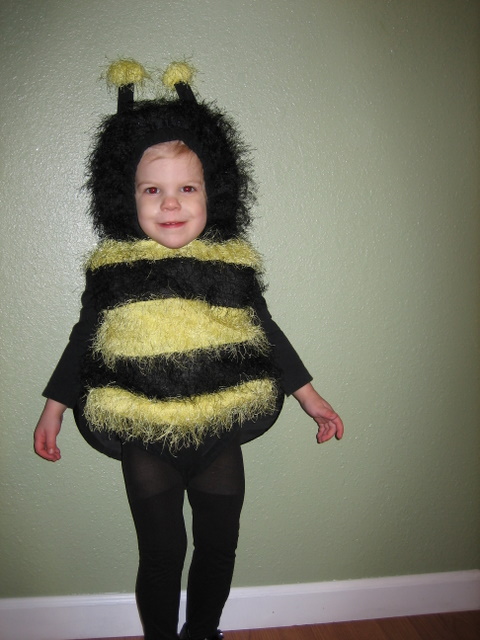 Madeline wasn’t really in the picture-taking mood, so here’s the only picture we got of her.  Everyone thought she was a boy; one person even called her a “gentleman ladybug.” 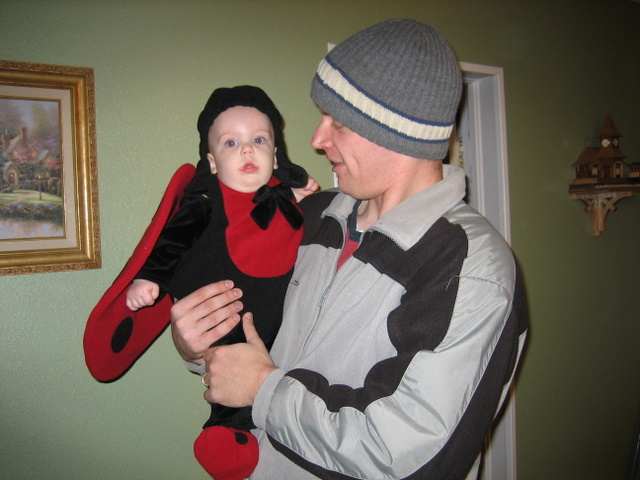 And here’s a cute picture of her I took on Monday when the weather was gorgeous: 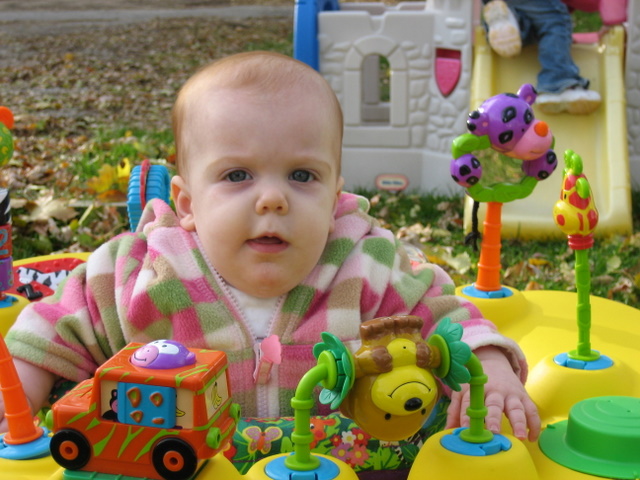