Our friends returned to our house in the wee hours of the morning on July 13th. A few hours later Marta and Marcos would be returning to Chicago so they could fly home to Spain, and Aaron, Kayla and I would take Maite and Ana to Mackinac Island. We knew a trip to Mackinac Island and back would make for a long day, but we still really wanted to go for it. And since Kayla doesn’t get cranky regardless of how little sleep she gets, we planned to take her along.

Kayla was so excited. She knew she would have to get up before 6 in the morning. To get enough sleep, she wanted to be in bed as close to 8 p.m. as possible. Try as she may, she just couldn’t fall asleep. She finally managed to get some sleep around 11 p.m., only to wake at 1:45 a.m. wide awake and unable to fall back asleep. (This is the second time this has happened to Kayla. It also happened the night before her first airplane ride when she was three, but that’s a story for another time.)

Aaron’s parents came over early in the morning to help. They would watch Madeline, Savannah and Sophia for the day and also drive Marta and Marcos to the train station in Kalamazoo.

Aaron, Kayla, Maite, Ana and I left shortly after 7. The drive to St. Ignace was pretty quiet while Maite and Ana caught up on sleep. (Kayla was still wide awake. The only time she ever sleeps during the day is if she’s very ill.)

We crossed the Mackinaw Bridge and took a ferry from St. Ignace. The weather was gorgeous–sunny and mid-70’s. A perfect day for visiting the island. 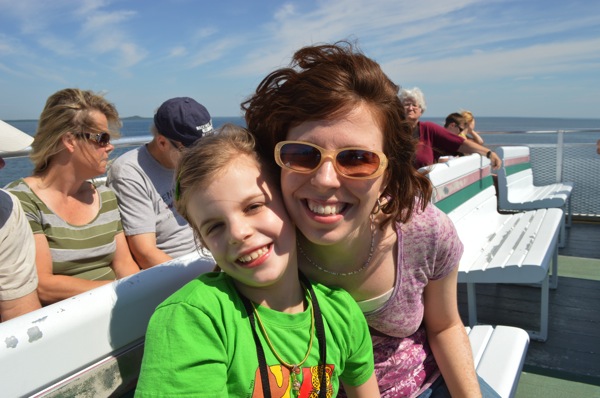 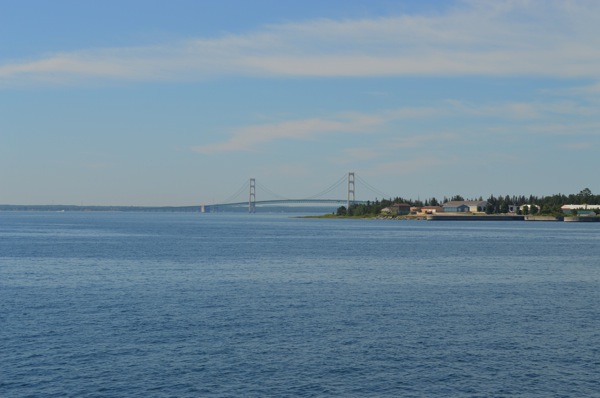 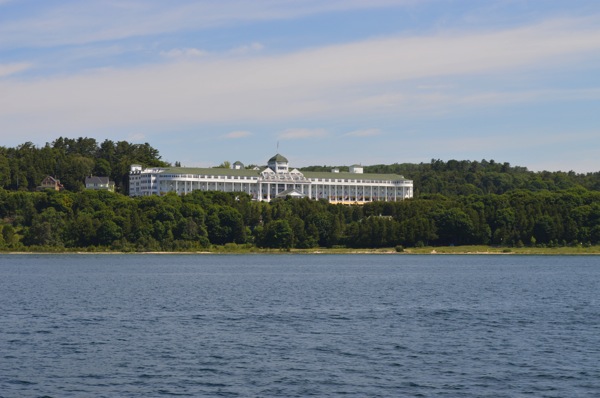 We arrived on Mackinac Island and took in all the sights and sounds: tourists, horses, bicycles, fudge and more. We found a spot for lunch and then rented bikes so we could tour the island. 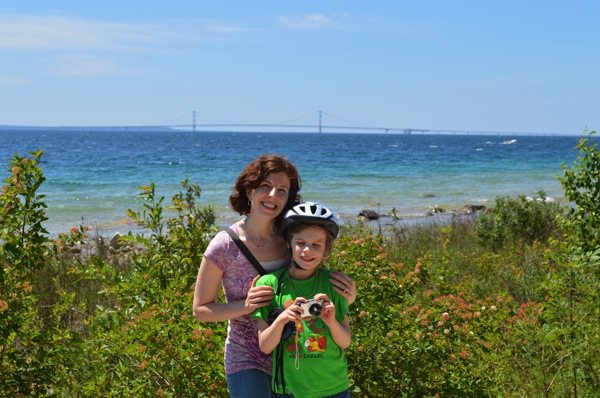 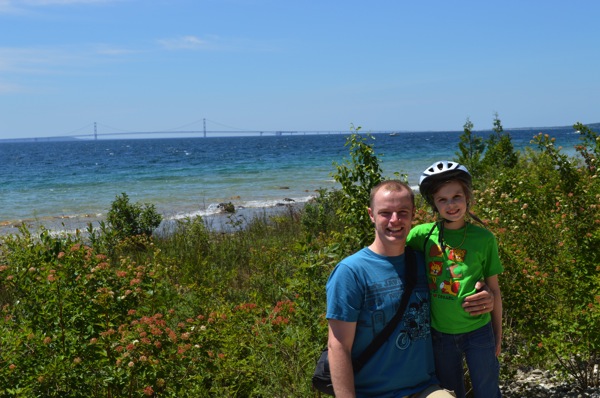 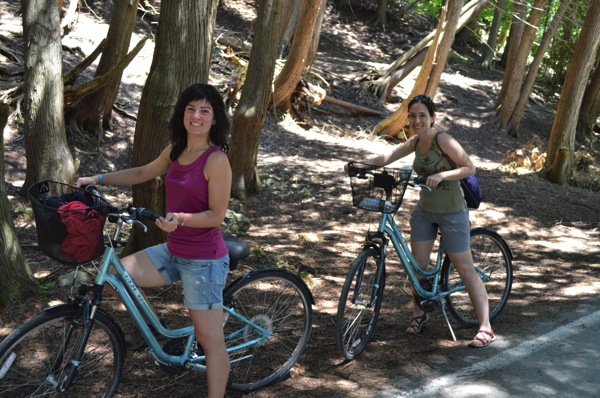 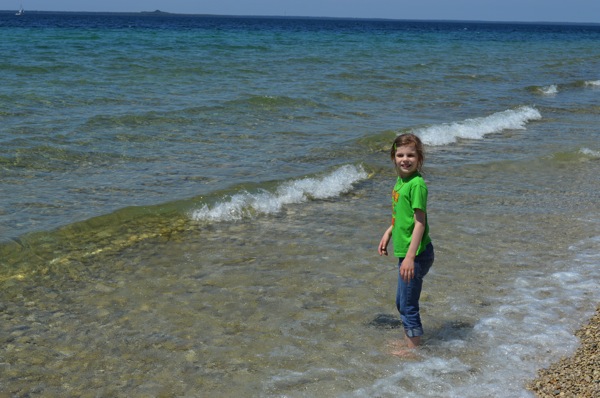 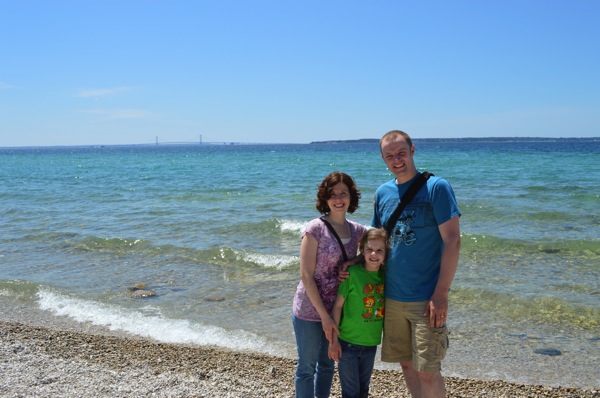 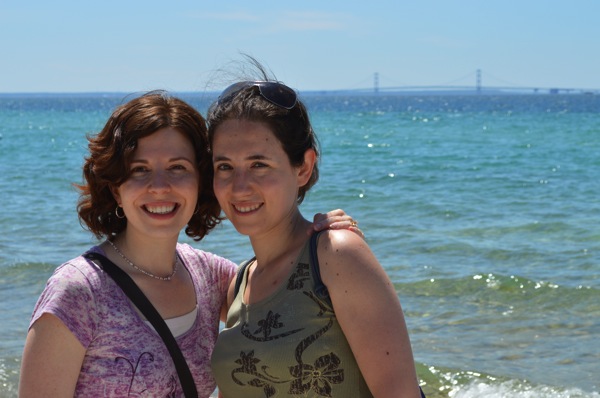 As we rode around the island, we found stone stacking was very popular. 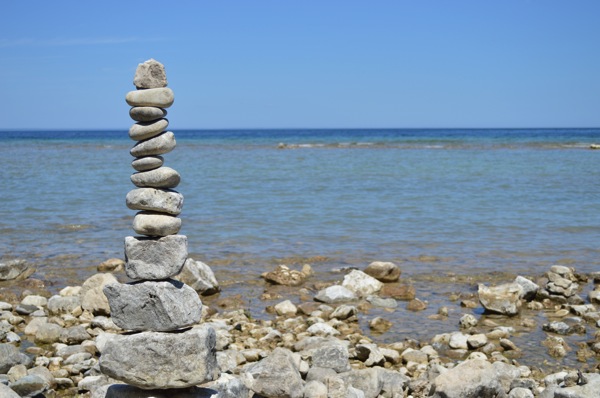 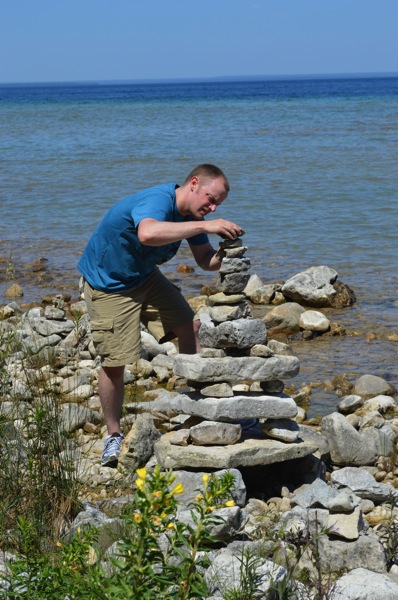 We biked the 8 miles around the island, stopping occasionally for a short hike. We were pretty tired, but we still wanted to do a little more biking in the interior of the island. Aaron took us up steep hills away from the crowds, and after that we returned our bikes and relaxed with shopping, fudge and dinner. It was at dinner that Kayla first showed signs of tiredness. 🙂

We took the 7:00 ferry back to St. Ignace and started for home. It was a long drive for Aaron and me–he drove, and I worked at keeping him awake. Maite and Ana were able to sleep a bit more, and eventually, around 10 p.m., Kayla fell asleep. She had been awake for 20 hours.

The next morning we took Maite and Ana to our church, Cornerstone. We met up with our fiends Bethany and John, who would be joining us for lunch after church. Bethany studied in Seville, Spain when she was in college and speaks Spanish very well. She was really looking forward to meeting our Spanish friends, and we all had such a nice time together.

Later Sunday afternoon we just relaxed in the yard while the girls played in the sprinkler.

Ana and Sophie (with treats given to us by our neighbors): 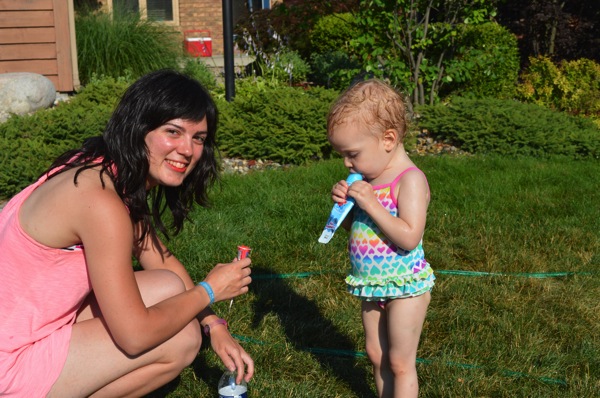 The following day Maite and Ana drove to Grand Haven to enjoy the town and the beach. And on Tuesday, our last full day together, we returned their rental car, had dinner at a restaurant and shopped at the mall. We had wanted to go to downtown Grand Rapids or visit a park that night, but the heat and humidity made us all uncomfortable. We opted for air conditioning instead.

Early the next morning we said our good-byes, and Aaron drove Maite and Ana to the train station.

What a special time. What special memories. It truly was a once-in-a-lifetime opportunity.