I posted this picture a while back, but there was one thing I didn’t tell you about the picture. 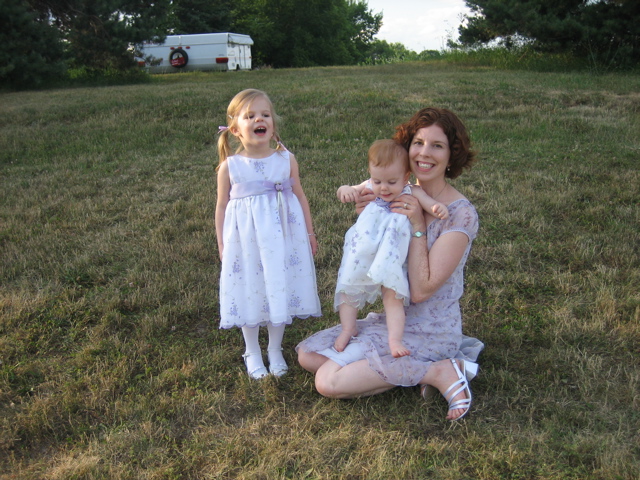 There’s another person hiding in the picture, but you have to look really closely. Just kidding. 🙂

The other person is not visible but has certainly made his or her presence known to me! Just a few days after this picture was taken we found out we’re expecting our third child. The month of July was challenging, to say the least. Every-moment-of-the-day-sickness has been even worse this time, something I never believed to be possible after my pregnancy with Madeline. Thankfully the past few days have brought some relief, and I’m hoping I’ve turned a corner.

Today I heard the baby’s heartbeat for the first time. Because my uterus seemed larger than expected for my dates, the midwife decided to do a quick ultrasound. Soon I was not only hearing my baby but seeing the baby, too! It was amazing. We counted just one baby, so it looks like it’s not twins unless the other one was hiding really well.

My current due date is March 2, 2008, but that could change. I have a more official ultrasound August 20 to find out if we are further along than I think.