The day was March 3, 2009—Aaron’s 31st birthday.  The previous night Aaron had taken Kayla to the ER for her first round of rehydration via IV.  She came home feeling much better and acting a little more like herself again.  She went to bed, only to awake in the night vomiting once again.  We feared that the vomiting would continue all day like it had the day before, and sure enough it did.  Around 2 p.m. we took Kayla back to the ER while Aaron’s mom stayed with the little girls.  Here’s a picture of the little sweetheart. 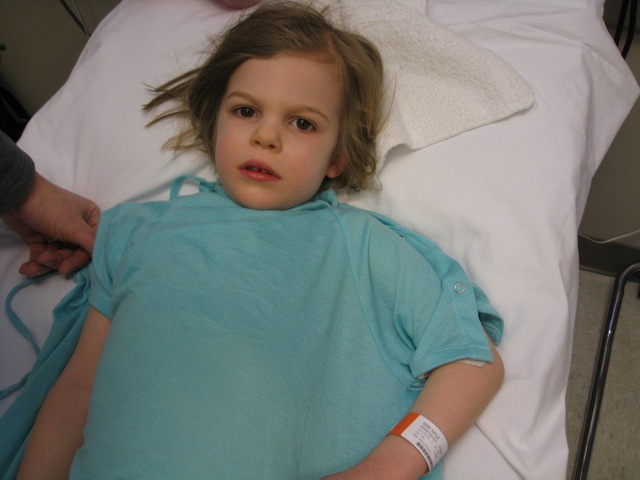 When the ER doctor came to check her, he suggested keeping her overnight.  We agreed completely—there was no way we wanted to take her home only to have the vomiting start again.

After the doctor examined Kayla, the nurses came to draw her blood and insert the IV.  Unfortunately there was a problem.  Kayla was so dehydrated that they couldn’t get the IV in her little veins.  Finally, on the fourth and last try (they had already tried both arms and one hand), the nurse looked up to God and prayed.  I had been praying all along, but it was really neat to have the nurse pray, too.  And guess what?  After that she got it in!  Within minutes Kayla dozed off for a nice long sleep. 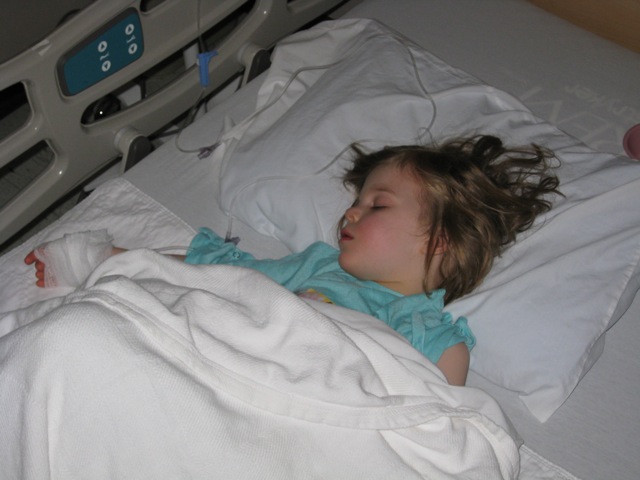 Kayla slept well that night and barely woke when the nurses checked her vitals.  Aaron and I were able to stay with her; we shared a tiny little bed that wasn’t exactly cozy, but at least it was functional.  We slept relatively well given the circumstances!

In the morning Kayla smiled again!  What a relief it was to see that smile!  She was still pretty worn out, but she felt up to a little reading and coloring.  Her she is with one of her favorite books. 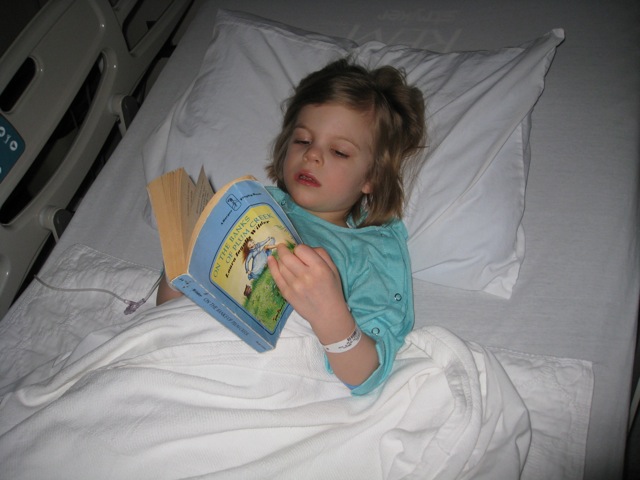 Tests confirmed that Kayla had a rotavirus infection.  The doctor was really surprised that our almost-five-year-old was in the hospital but that our one-year-old and almost three-year-old were fine.  Usually it’s the younger ones who get hit hard with rotavirus.

We spent most of the day of Wednesday, March 4 at the hospital, and it looked like we may even stay another night.  But by 6 p.m. when the doctor stopped by, Kayla was doing great.  Soon we were on our way home. 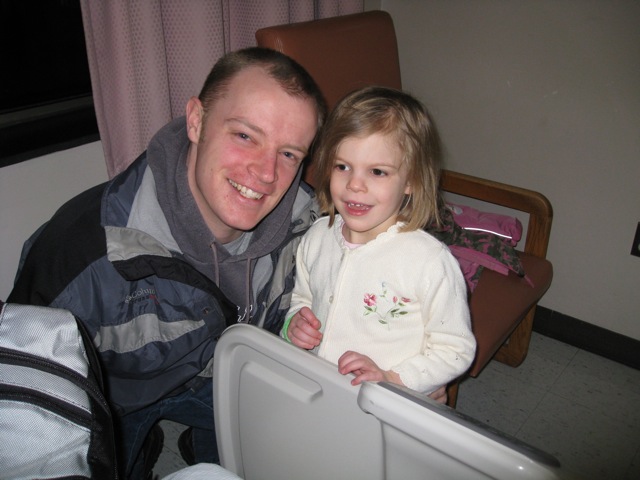 Kayla was very excited to ride in a wheelchair on the way out.  She was beaming the whole time. 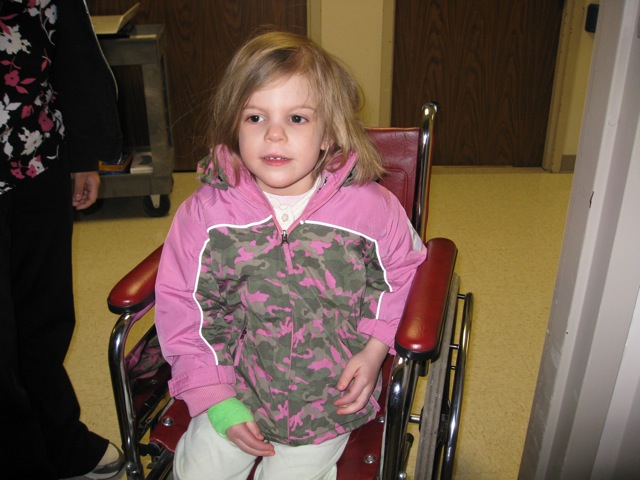 We arrive home shortly after 8 p.m., just in time for Aaron to go to his surprise birthday party!  Before all of this happened, I had arranged for his seven closest friends to hang out with him at Buffalo Wild Wings.  I ended up having to break the surprise earlier in the day so I could ask his option about whether he would feel up to a party or not.  I was glad when he said yes, because we had already cancelled three birthday celebrations that week.  Aaron enjoy hanging out with the guys, and I was really thankful that all his friends could make it!

Unfortunately the rotavirus is extremely contagious, and Savannah did end up getting it.  Her case, however, was extremely mild compared to Kayla’s.  We were grateful for that!

So that was our little adventure earlier this month.  The experience felt similar to having a baby—being in the hospital, only having one child to care for, getting to choose and order our own meals.  The nice thing for me was that I didn’t have a postpartum body this time around!  🙂