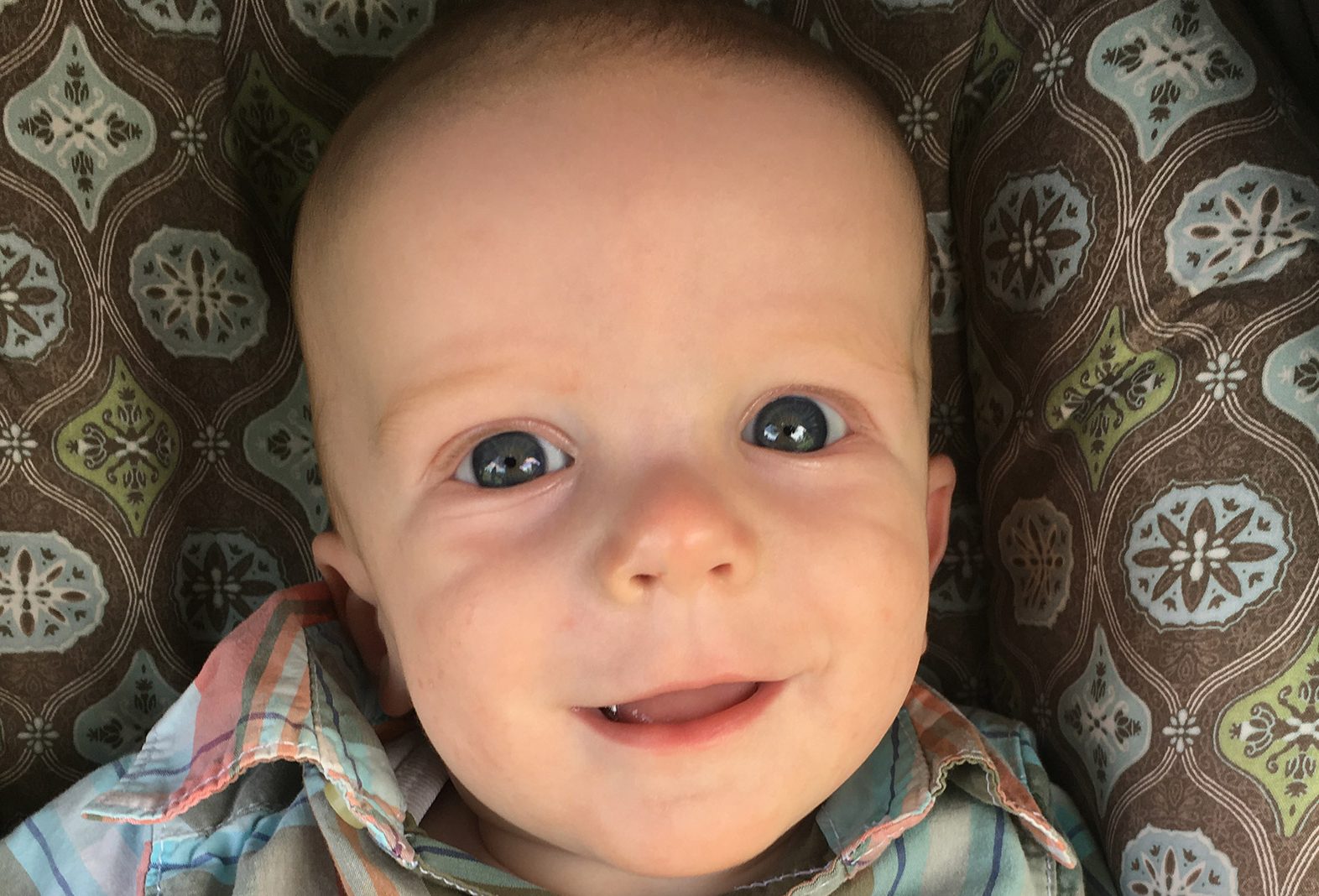 We are quickly approaching the next stage of our CPAM journey with Owen: the CT scan. On Monday morning, we’ll wake Owen shortly after 2:00 a.m. to feed him one last time prior to his scan. When we wake him again around 7:00, I won’t be able to nurse him. Our routine is to nurse upon awakening, so it distresses me that he’ll have to go without a meal, especially when he can’t understand the reasoning. But there’s a chance he’ll need to be sedated, so that’s why he has to skip his morning milk.

The plan is to arrive to Helen DeVos Children’s Hospital by 7:30 a.m. so they can start an IV. The nurses told me inserting the IV usually makes a baby quite unhappy. The process will hopefully tire Owen enough that he falls asleep, and then they can do the CT without sedation. They may also give him a medication to make him relaxed, but if he cannot hold still for a couple minutes, they will need to sedate him.

On Friday, July 21, we’ll meet with his surgeon, Dr. DeCou, to discuss the results of the scan and make a plan for surgery, if it’s still necessary.

I may have mentioned before that I’m a part of two Facebook groups for the parents of CPAM babies. These CPAM parents have been a huge source of knowledge and support for me during the past eight months. I’ve learned that, like Owen, CPAM babies are born asymptomatic 70% of the time. (I’m so glad that was the case for Owen! Had it not been for prenatal ultrasounds, we would have never known Owen had a lung malformation.)

I’ve also learned that about 4% of the time these masses disappear on their own. About once a month I hear this good news for another baby: how I would love that to be the case for Owen! His x-ray at birth showed shadowing on his left lung, so the mass was still there when he was born. I know without a doubt that God can take the mass away, no medical intervention required. Yet I also know the mass may need to be surgically removed, a journey that will require courage and strength. My heart rests in the goodness of God, no matter which direction our journey goes from here.

We will post more after meeting with the surgeon, but for now please pray for a smooth CT scan Monday morning. It would be such a blessing if Owen didn’t have to be miserable for it.